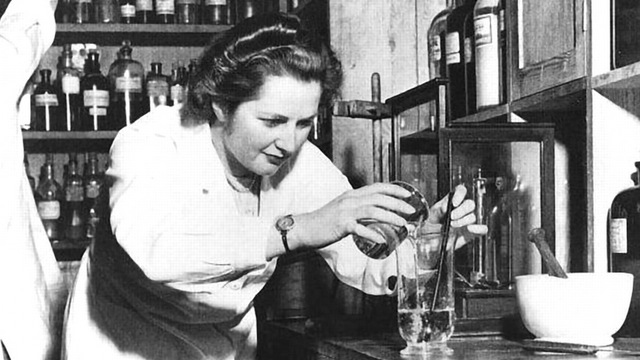 Former Prime Minister Margaret Thatcher was named on Monday as a contender on the long list of scientists nominated to be the new face of the £50 note.

It was announced earlier this year by the Bank of England Governor, Mark Carney, that the new face of the note would celebrate British achievement in science. Before her career in politics, Thatcher had studied Chemistry at Oxford and went on to work as a research scientist for food company J Lyons, where she is claimed to have helped invent ice cream as we know it today. Mrs Thatcher’s exact contribution to science is unknown and a story that the former PM helped invent soft-serve ice cream is widely regarded as a myth, but one can dream.

A campaign for the Iron Lady to be featured on the new £50 note was started by the rightwing Guido Fawkes blog to “put Maggie on the new £50” prior to the Bank announcing it was looking for someone from the field of science. Having studied the subject at university, she began her early career dedicating work to chemistry, perfectly fitting into the category listed by the Bank of England.

Other contenders include the late Stephen Hawking, computing pioneers Alan Turing and Ada Lovelace, Rosalind Franklin, telephone inventor Alexander Graham Bell and astronomer Patrick Moore. The Bank is said to have received 174,112 nominations, with only 114,000 meeting the eligibility criteria: Nominees must be real, deceased and have contributed to the field of science in the UK.

On Thatcher’s inclusion, a Bank spokeswoman said: “She had a degree in chemistry [and] went on to work as a research chemist – famously working on the research team which helped invent soft scoop ice-cream.”

As someone who is as controversial as the liking of marmite, it is hard to say how far she will get in the competition. The Iron Lady is up against some formidable opponents and whether or not she will pass the Bank’s committee is up for discussion, however, does she deserve a place on this list? Absolutely.