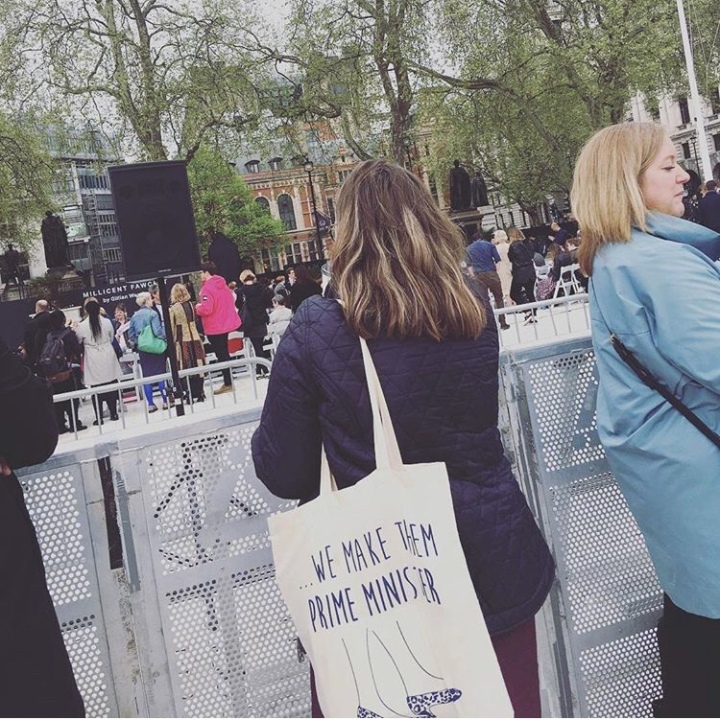 “In 2005, I noticed how badly the Conservative party did with women. There was no increase in female Conservative MPs at that election.”  – Baroness Jenkin

As far back as 2005, Baroness Jenkin recognised there was still a poor representation of women in the Conservative party. Something needed to be done. Along with Theresa May, she began planning the best possible way to get women fairly and rightfully represented by the party.

“Theresa May felt the same way, and Professor Sarah Childs emphasised the need for something more radical than what had gone before. With the leadership election of that year, this was our chance to start the ball rolling. Theresa and I discussed a pressure group. We realised that WE had to do something, not ‘someone’. We rang round all the Conservative MPs to see if they supported us, and were delighted with the response. We launched Women2Win in 2005 in a room full of what can only be described as normal people – women and a pleasantly surprising number of men supported us on that night.”

The campaign is the Conservatives’ answer to AWS (All Women Shortlists). My feelings towards all female shortlists are mixed. On one hand, I think it is excellent as more women are given the opportunity to stand in winnable seats. However, there are claims that it can lead to a candidate being selected simply on gender and not merit alone. Outlined on the Labour Women’s Network website, “Experience shows that AWS is the most effective way of delivering gender equality in our one member, first past the post parliamentary electoral system. Internationally, almost all of the countries with high levels of women legislators use some form of positive action or quota system.”. Many forget that these women selected by AWS work at senior levels, and do so very effectively. It has done wonders in getting more women into politics, but I believe that having women there based on merit rather than gender is the best way forward.

For me, the work of Women 2 Win as a campaign is equally of merit to AWS, if not better.

What is Women 2 Win?
Women2Win is a campaign started by the Theresa May and Anne Jenkin with the goal of getting more Conservative women elected to Parliament – so that the Conservative Party is representative of the British people and fairly represents women. Women2Win aims to increase the number of Conservative female women running for public office, and is committed to identifying, training and mentoring female candidates to stand in elections.

You do not have to be Oxbridge educated – you can come from any background, any age, creed or colour. Your background should not and will not stop you. If you are passionate, you can get involved. You will go as far as your determination will take you.

As the who have hailed not one but two female Prime Ministers, we need to do more to get women into public office and the only way we can get that representation is ensuring we offer a platform where women can feel powerful enough to stand for office.

In a recent interview with LBC radio Women2Win Director Virginia Crosby outlined why she believes women aren’t standing, “They just don’t see as a career”. Men haven’t needed this rally cry because as a society their self-belief is culturally already within them.

Men dominate the political world and if we can get more women into politics, on TV, on the radio making themselves known we will make women in power the norm as opposed to an anomaly. Since the formation of parliament, men have dominated politics. It is only in the last 100 years that women have gained the vote and the right to stand alongside their male counterparts.

Jess Phillips MP makes an excellent point about a women’s place in work/parliament in her book ‘Everywoman’ and it will stay with me throughout my career. Not many men sit in work feeling guilty that they aren’t spending every day at home raising their children, so why should women

Why YOU should get involved:
With a stronger representation of those usually disadvantaged in society, like women and those of a BAME background we can shape the Britain we want to see. If all it takes is being asked, I am asking you to stand.

Because your gender or ethnicity should not define how far you can get in life.